The reason both exist when they have the same functionality, is because they solve a specific issue. That is firewalled environments. Very often, one of the ends in the synchronization is firewalled. That could be your local development environment, which is or should be firewalled. 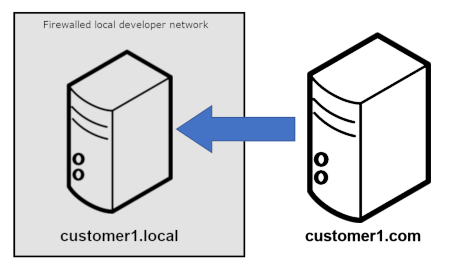 Therefore you have to pull the data from the inside, which will be allowed by the firewall.

If we examine another example: 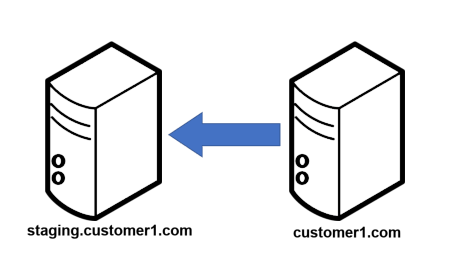 In this case, both sites are "out" on the Internet, not limited by any firewall. That means that you can use push and pull just how you like. The only choice here is to choose the site where you will run the synchronization. Lets just say we want to do our migrations on staging.customer1.com and we want this site updated with the production site customer1.com. In this instance we would pull the data from customer1.com to staging1.customer1.com as indicated by the arrow.

PRO version makes it possible for you to synchronize files between your sites and to automatically make a database backup before migration.
You will get support for Basic Authentication and email notifications on success or failure. You also get access to priority support